Our company in cooperation with a leading research center in Europe, the Institute of Immunology and Experimental Therapy Ludwik Hirszfeld of the Polish Academy of Sciences in Wrocław, conducted a study that showed the STIMULATING AND PROTECTIVE EFFECT OF JOYLY LIQUID PROBIOTIC PRODUCTS ON THE HUMAN IMMUNOLOGY SYSTEM.

The studies were conducted using in vitro cell cultures. The levels of the main components of the immune system (IL8, TNF-α) were examined before and after the administration of the probiotic. The model of inflammation induction (occurring, among others, in the case of viral infections) was obtained by administering the cytokine IL-1β to Caco-2 cells. Our Joyly probiotics have shown both protective and medicinal properties. The level of IL-8 significantly decreased in relation to the level of IL-8 after administration of IL-1β alone, which indicates the strong protective effect of our probiotics brand Joyly. The results are shown in the figure below.

* p <0.0001 – statistical significance was obtained for each study sample

You will read about us 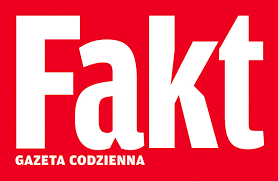